According to legend, Brahma was in search of a place for Mahayagna and he found this place suitable. After a long time, Brahma came to known that a demon, Vajranash, was killing people here so the Lord intoned a mantra on a lotus flower and killed the demon. During this process the parts of flower fell on three places which were later known as Jyaistha, Madhya and KanisthaPushkar. After this Brahma performed a yagna to protect this place from demons. The consort of Brahma, Savitri, were needed to offer Ahuti for the yagna but she was not there that time so Gayatri, a Gurjar girl, was married to brahma and performnedyagna. This act made first wife of Brahma, Savitri, angry and she cursed Brahma saying that he would be worshiped in Pushkar only.[3][4] There are still priests from the Gurjar community in Pushkar temple, known as Bhopas.[4] It is also the venue of the annual Pushkar Camel Fair.[citation needed] In 1901, the town was part of the Rajputana Agency had a population of 3,831.[5] 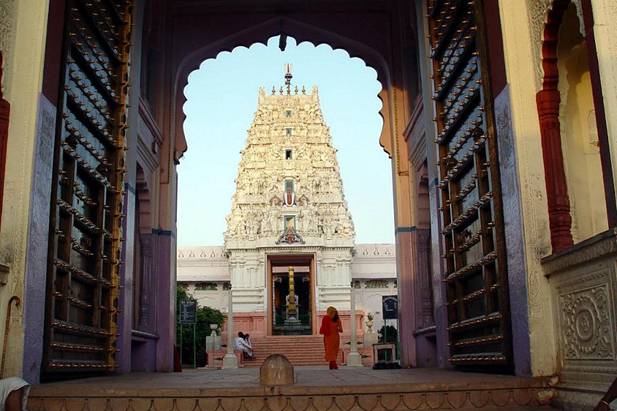 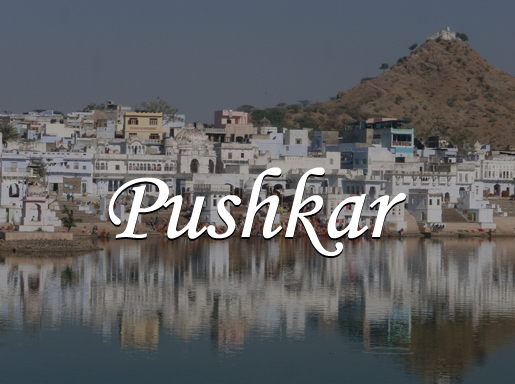 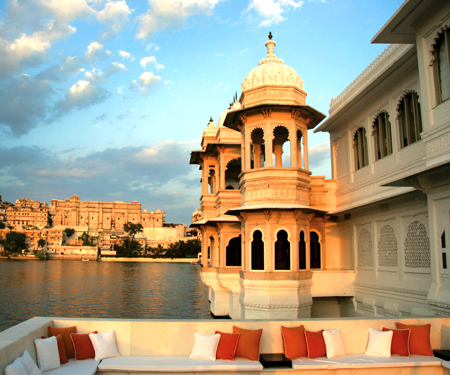 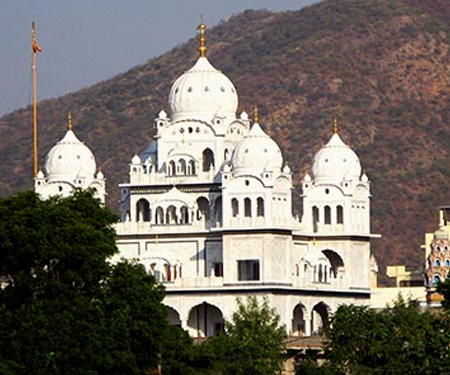 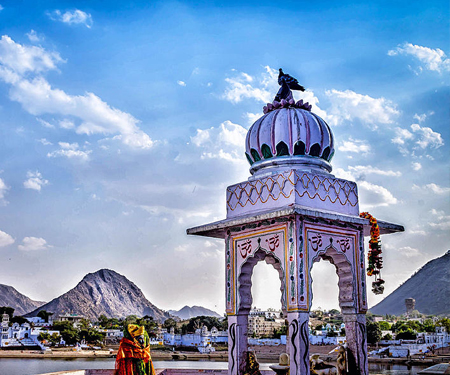