The Maharajas of Jaisalmer trace their lineage back to Jaitsimha, a ruler of a rajput clan, though Deoraj, a famous prince of the Bhati clan during the 9th century. With him the title of "Rawal" commenced. "Rawal" means "of the Royal house". According to legend, Deoraj was to marry the daughter of a neighbouring chief. Deoraj's father and 800 of his family and followers were surprised and massacred at the wedding. Deoraj escaped with the aid of a Brahmin yogi who disguised the prince as a fellow Brahmin. When confronted by the rival chief's followers hunting for Deoraj, the Brahmin convinced them that the man with him was another Brahmin by eating from the same dish, something no Brahmin holy man would do with someone of another caste. Deoraj and his remaining clan members were able to recover from the loss of so many such that later he built the stronghold of Derawar.[1] Deoraj later captured Laudrava (located about 15 km to the south-east of Jaisalmer) from another Rajput clan and made it his capital.[1] The major opponents of the BhatiRajputs were the Rathor clans of Jodhpur and Bikaner. They used to fight battles for the possession of forts and waterholes as from early times the Jaisalmer region had been criss-crossed by camel caravan trade routes which connected northern India and central Asia with the ports of Gujarat on the Arabian Sea coast of India and hence on to Persia and Arabia and Egypt. Jaisalmer's location made it ideally located as a staging post and for imposing taxes on this trade. 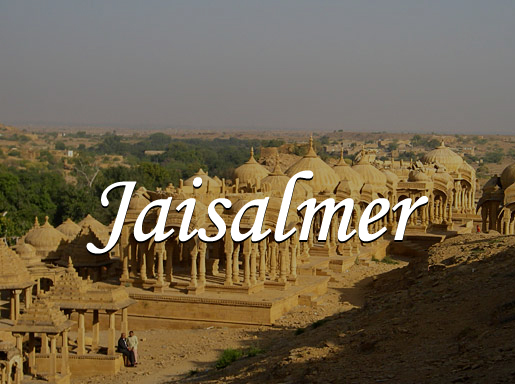 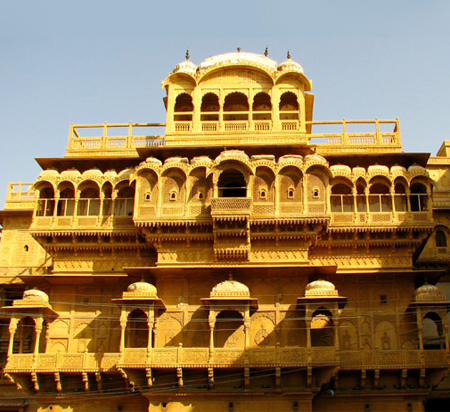 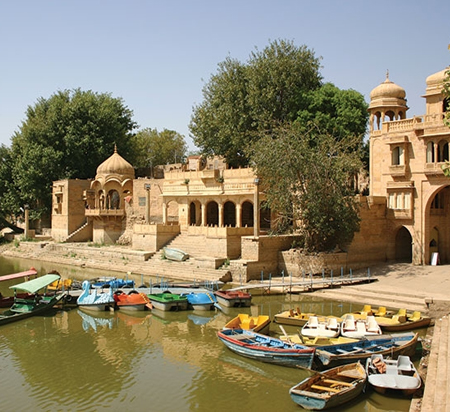 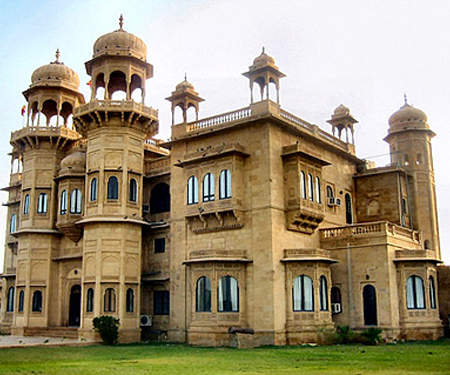 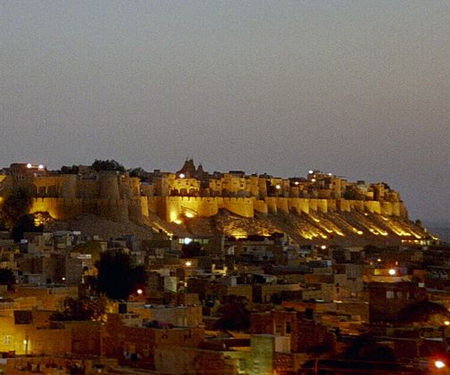